What comes to mind when we were informed that there is this coastal bird the size of a dove that can fly 11,000 km non-stop in 8 days with an average speed of 56 km/ hour? This means that this bird can fly more than 10 times back and forth from the western to the eastern end of Java island in only a week and one day’s time. Or you can picture the bird starts flying from the western end of Java at dawn and ending its journey at the eastern end by the middle of the night. 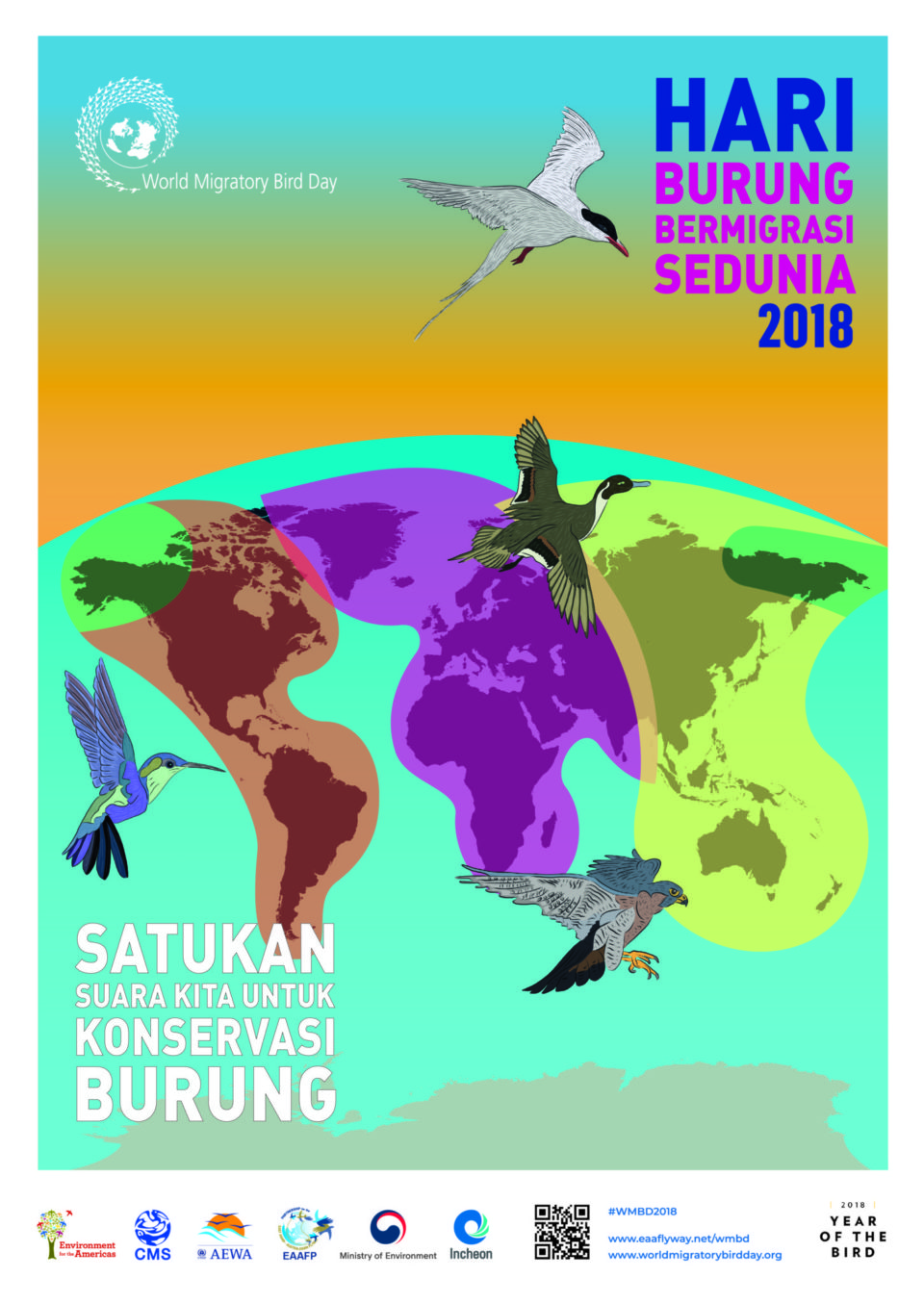 This bird is the Bar-tailed Godwit, Limosa lapponica. They routinely take the journey every year, as a response to their original habitat’s being covered in snow during winter. The Bar-tailed Godwit from the sub-type L.l.menzbieri are known to spend their reproductive period within the Siberian areas and then fly to the South East Asia and further to Australia. While another sub-type, L.l.baueri breed within the Alaskan areas and then take a Southward journey during winter to New Zealand and Australia. They will come back to their breeding ground after winter ends. These beyond far trip is called migration.

Migration is such a wonderous phenomenon in the bird world. So many interesting things and facts have been discovered relating to this long-distance journey, while still so much remains a mystery for the scientific world to prove. In their initial research, scientists have discovered a lot of facts motivating and guiding birds to migrate. Scientists were also able to map where these birds stop by to refill their body fat and then continue the journey of their lifetime.

In the beginning, these birds were monitored using rings carved with their numbers and initial locations to provide information about where they stop by to recharge. However, along with the heightening scientific curiosity, information gathered by the application of the rings is deemed insufficient because the birds wearing the rings then must be captured first to record the data in the rings. A newer method is then introduced, using a flag in the leg, or was known as the ‘leg flag’. It is a kind of plastic sheet coiled in the birds’ leg. People installing these markers on birds agreed to use a specific, unique color for each of the particular locations all over the world, for instance, black on orange can only be used as markers installed in Java. Therefore, without having to capture the birds, wherever they are seen, bird watcher can then identify that the bird has passed Java. Still thirsty for more accurate data and information, birdwatchers feel that this method is still unable to provide information on when these birds were actually marked. Innovation was then applied by installing flags with special code that gives information on when and where exactly that the birds were marked. 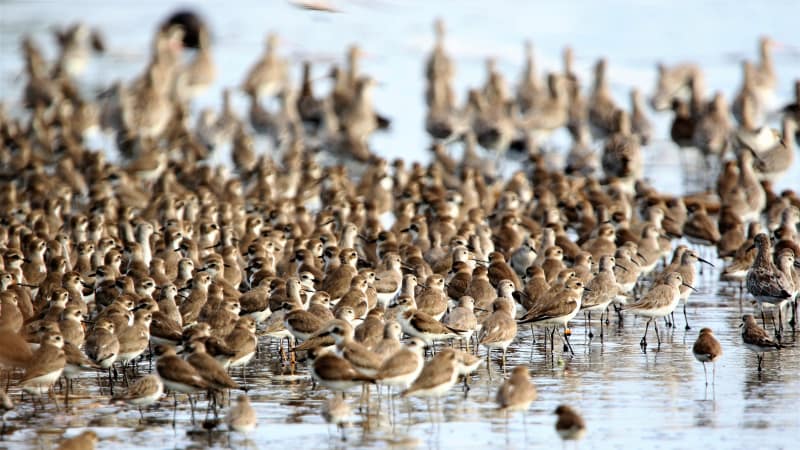 Did it end there? No. Other questions needed answering then come up, such as where are these birds heading to, and for how long? Along with innovations in the remote sensing and mapping technology, experts then succeeded in creating a small-sized satellite telemetry. It is a signal-transmitting tool that can be set up on the birds’ back, as such that it does not interfere with the bird’s flying movements. Signal transmitted from the tool was then captured by satellite and then retransmitted to receivers at research stations. This technology allows scientists to identify accurately and in real-time the whereabouts of these birds. And also because of this technology that the data brought forward in the beginning of this article was collected.

Migration is a heavy journey that a migratory bird needs to face in its life. The accuracy in identifying when to go and come back, accuracy in deciding when to mate and breed, and accuracy to head to the most possible course to reach the destination is in the list of challenges that they need to overcome to survive. This already challenging list is aggravated by man-made obstacles. Intrusions in the food supply location, hunting, and development processes that interfere with their navigation ability during the migration are few of the real obstacles need to be overcome. Migration areas surpassing state borders require international cooperation to help migratory birds complete their migration stages. This is what motivate countries, organizations, and individuals to jointly protect migratory birds.

Two amongst a number of international initiatives to preserve migratory birds are the International Migratory Bird Day and World Migratory Bird Day that were initiated in 2006. Both initiatives are awareness-raising movements for everybody to give wider space for migratory birds to safely migrate. This movement were then celebrated all over the world, including in Indonesia. The celebration in 2018 is felt more special due to several important changes in the event itself. In the Convention for Migratory Species in Manila, by end of 2017, it was decided that both events are to be unified as one: World Migratory Bird Day. It is expected that the unification will result in a more concerted movement in protecting migratory birds. It was also consented that the event will be celebrated on every second Saturday in May and October. In 2018, it will be on 12 May 2018. And perhaps because of that, the theme for 2018 is ‘Unifying Our Voices for Bird Conservation’.

Now how is it being celebrated in Indonesia? We always actively celebrate world migratory bird day every year. At the national level, Indonesia is one of only few countries that has a Management of the Migratory Bird and Its Habitat Partnership Secretariat, under the supervision of the Ministry of Environment and Forestry. In crucial locations for migratory birds, a variety of activities are carried out relevant to the needs of each area. In Gorontalo, for instance, conservationists under the Biodiversitas Gorontalo (Biota) celebrate this annual event by holding discussions, exhibition, bird watching activity, and even by assigning a Bird Ambassador that will promote migratory bird conservation, especially within the area of Limboto Lake. In Nanggroe Aceh Darussalam, celebration is carried out by University of Syiah Kuala Students’ Bird Loving Association of the Faculty of Veterinary Medicine. In this event, supported by the Secretariat of the East Asian Australasian Flyway Partnership (EAAFP) in Korea, information dissemination is implemented through exhibition and presentations from experts. 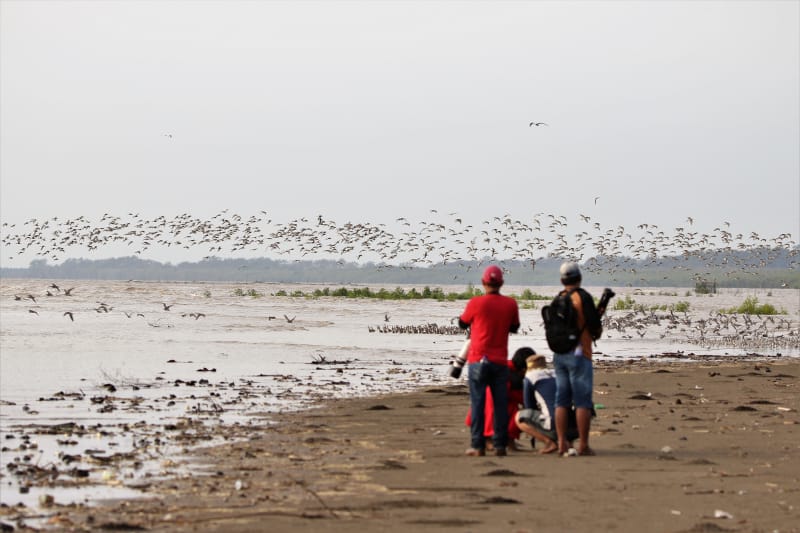 Each and every one of us can participate to unite our voices for bird conservation. Let’s start with whatever is within our reach, for instance by reducing the use of plastic that can pollute migratory birds’ habitat and their feeding locations. Let’s also be pro-active in reducing the monitoring and survey of migratory birds. If you think field activities are not doable for your current agenda, you can help at least by distributing information on the significance of migratory bird conservation efforts to the wider public. Therefore, one of your act of kindness has already being manifested, while our migratory bird friends are really hopeful of your other acts of kindness.