The roadmap was launched on September 19, 2019, during the International Conference on Land-Subsidence. An expert from Bandung Institute of Technology (ITB), Dr. Heri Andreas, is leading author of the roadmap. The launching was timely as numbers of coastal cities in northern part of Java Island and peatland area in some districts in Sumatera and Kalimantan Island areas are increasingly sinking. Coastal areas of Demak District, Semarang City, Jakarta City, Pekalongan District and peatland area of Meranti Islands, Indonesia, are a prominent example of locations regularly inundated by sea flooding during high tide.

Land subsidence increasingly jeopardizes coastal communities with floods and erosion. Land subsidence is caused by water extracted from the ground, which lowers the land surface downwards. In Indonesia, it even lowers the land in some areas below river or sea level. Sea level rise due to climate change is further contributing to flood risks (even though less than the extraction of ground water), and will further exacerbates the risk in the future.

One of the issues identified during the development of the roadmap, was that there are already several efforts in many parts of Indonesia against land subsidence, but all these initiatives are isolated, and there is no mainstreaming within overall investments nor little coordination of efforts. Without coordinated action to reduce the pace of massive water extraction, or stop it, land subsidence will continue to increase flooding events and land erosion. This has massive impact on coastal communities, wetlands and peat lands in the entire country. 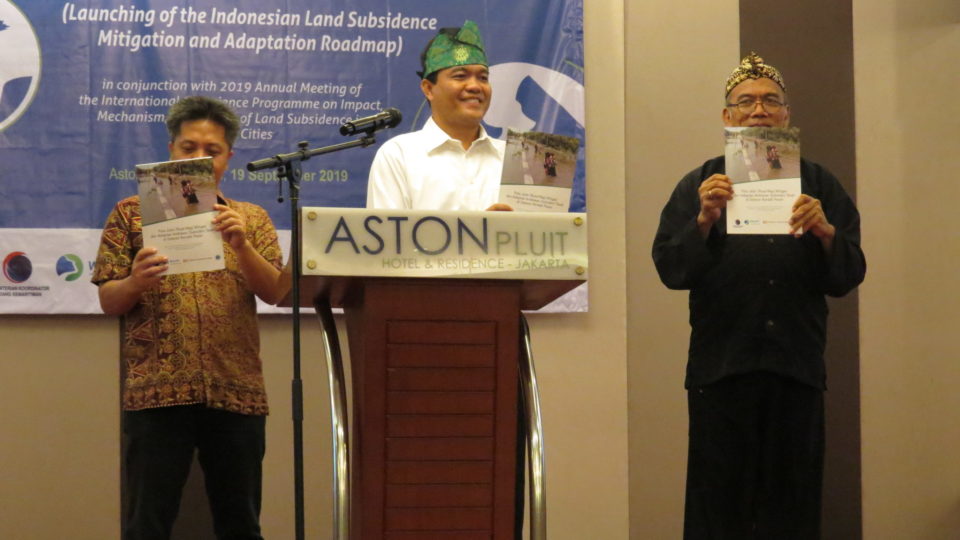 After releasing the roadmap last year, Coordinating Ministry of Maritime Affair and working groups on land–subsidence in May 2020 is developing mid-term and long-term work-plan.  Work-plan will strengthen coordination, supporting multi-stakeholder initiatives and filling any gaps. Work-plan is expected to strengthen policy and law-enforcement in preventing land-subsidence, especially from massive exploitation of ground water. Meeting of working group in May-June 2020 identify some initiatives that would contribute to achieve some roadmap outcomes. Establishment of monitoring stations, further study on ground-water extraction and its impact in some prone cities, designing improved water management and flood management are among on-going activities. Significant increases in investment in water supply are key to preventing land subsidence, but are still a challenge in a number of areas, must be the main attention in the development of the work plan.

Several initiatives at policy and community level are taking place and would have significant contribution to halt land-subsidence. At national level, for example, development of Sustainable Development Agenda (SDG) include improvement on sustainable river management and provision of accessible clean water, and on integration climate change and disaster risk reduction into spatial planning. City-level roadmap on land-subsidence is being discussed in Semarang and Pekalongan City. 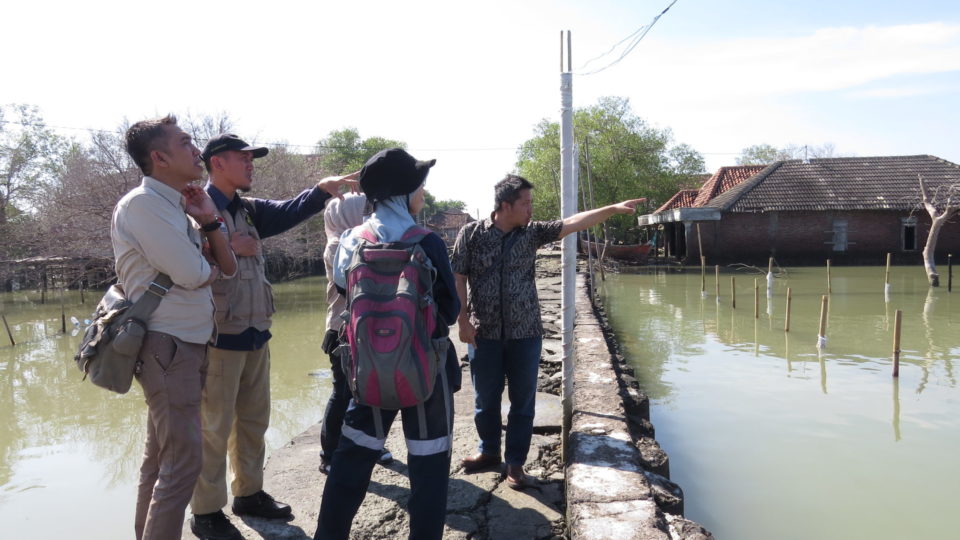 Partnership for Resilience with other stakeholders have been involving in dialog and programs to reduce conversion of peat-land into plantation and water extraction in Kalimantan and Sumatera Island. Promoting Paludiculture (practice of crop production on wet soils) is promoted by Wetland in Indonesia.

Partners for Resilience now witnesses a point where the high subsidence levels reached a threshold in some places, where coastal (mangrove) restoration and aquaculture revitalization may no longer be feasible, unless subsidence is stopped. During the May-June 2020 period, Indonesia witnessed tidal floods on the coast with elevations and inundation areas that were higher than normal in cities and districts on Java that experienced rapid land subsidence.

“PMI welcomes this Land-Subsidence Roadmap and hopes that a comprehensive work plan can be implemented. PMI works nation-wide, and some of them are coastal areas which experience tidal floods (locally known as rob). This flood is a combination of decreasing land surface and increasing sea level rise and extreme wave”, said Arifin M.Hadi (Head of Disaster Management Division, PMI Center).